I recently picked up a book that proved to be unexpectedly interesting:

THE MADNESS OF PRINCE HAMLET and other extraordinary states of mind,  by Robert M Youngson.

In relating all currently known altered mind states and  psychiatric disorders to different art forms and creativity in general, Youngson is able to offer some insight into the mind and motivation of the writer. So why do people become writers? These are some of his conclusions in the chapter headed The Mind of the Writer.

The desire for the admiration of others, the false belief that it will earn them lots of money, and  ‘the simple satisfaction of being able to have a book in their hands that they have written themselves’  are cited as some of the reasons.  Some people, he says, even go so far as to pay to have their books published.   He quotes Lord Chesterfield:  ‘The pleasure is momentary, the position ridiculous and the expense damnable.’  Chesterfield was referring to sex, not vanity publishing, but the analogy still holds in his eyes. These days, when successful self-publishing via digital processes is so widespread this may be about to change.

A slightly more worthy motive for writing, Youngson feels, is to have a story you feel needs to be told. Usually, though, he feels the story might be better told to a newspaper in a few hundred words, or by some other means.  Extending it to many thousands of words may dilute the message, and writer’s block may well ensue.  Some people, he argues, are natural story tellers and yarn spinning is what they do best.   But the best motive by far, he says, is because writers like to write. They treat it as a job they enjoy, keep regular hours and have a routine for writing. However, Youngson’s opinion is that this can lead to a lonely introverted life, with alcohol abuse a constant escape for many in the past.

‘In utter loneliness, a writer tries to explain the inexplicable,’ wrote John Steinbeck, a writer who found the process of writing slow and difficult, while Borges felt that many writers learned the tricks of the trade but remained unable to explore or write about the intangible, mysterious, poetic aspects of the world. I think they are both right.

Youngson sums up:
‘The state of mind of the creative author is truly extraordinary. It is nothing without mystery. It operates partly within and partly outside consciousness. It needs to be nourished and provided with conscious stimuli so that it can do its work quietly without further prompting.  The results of its efforts are, if it is successful, invariably surprising.  Unless they are, creative work has probably failed.’

Though fascinating, Youngson’s book has one significant flaw.  He omits women almost entirely from his reflections. While women have been under-represented in music and the arts until recent time, women authors were very successful. Strange that they have been left out. 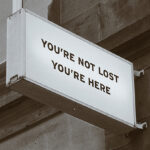 Playing with Words
Another Handmaid’s Tale
FASHIONS IN POETRY